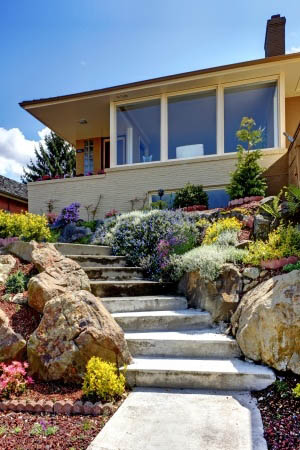 Last week’s economic news included several reports related to housing and mortgages. The NAR started the week on a positive note with its Pending Home Sales Index released Monday. Pending home sales in March were higher with an unexpected increase of 3.40 percent over February for an index reading of 97.40.

This is encouraging news for home sales that were severely affected by a hard winter in many areas, and suggests that as warmer weather approaches, home sales will pick up. Analysts do not expect the rapid rate of price appreciation seen in 2013. The Fed’s tapering of its “quantitative easing” program has caused mortgage rates to rise, and last year’s rapid run-up of home prices has made affordability an issue in many areas.

The S&P Case-Shiller Home Price Index for February performed slightly better than expected with a seasonally-adjusted month-to-month reading of 0.80 percent. The expected reading was 0.70 percent.

The year-over-year reading fell short of January’s reading of 13.20 percent and the expected reading of 13.00 percent at 12.90 percent. Analysts noted the continuing trend of slowing momentum in home price growth, but seem confident that home prices will continue to increase over the spring months.

Wednesday brought the FOMC’s customary statement after its two-day meeting concluded. There were no surprises as the statement verified another monthly tapering of $10 billion from the Fed’s quantitative easing (QE) program of asset purchases.

The Fed repeated its usual reminder that its decisions are not on a pre-set course and that the committee members would closely monitor economic and financial developments as guidance for future decisions.

Analysts note that week-to-week figures continued to show volatility, but said that on balance, the rolling average for jobless claims appeared consistent with moderate growth in labor markets.

This week’s scheduled economic news shows no events related to housing and mortgages. Highlights include Fed Chair Janet Yellen’s appearance before the Joint Economic Committee in Washington, D.C. and the usual releases of mortgage rates and new jobless claims on Thursday.